I was deeply touched by a strong message sent out by musicians facing various restrictions placed amid the pandemic— “Music never stops under any circumstances.” I’d like to introduce some albums where such kind of musicians’ prides are clearly expressed. 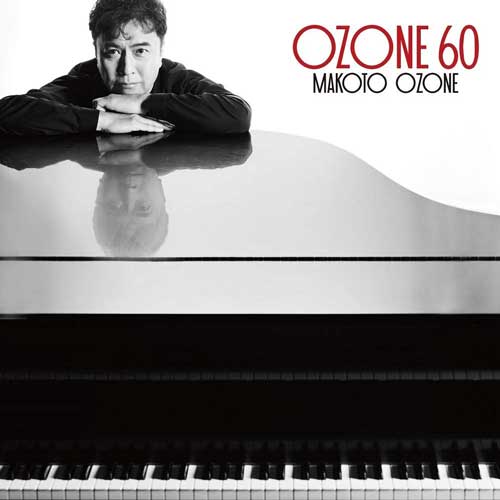 While many concerts and live performances had to be cancelled one after another, Makoto Ozone continued live-streaming from his home every day for 53 days under the concept of “Welcome To Our Living Room” quickly from the spring of 2020. I felt his strong will power, “Music never stops under any circumstances.”

This is a double solo piano album by Makoto Ozone turning sixty recorded from November 29th to December 2nd, 2020. Disc 1, “Classics + Impromptu,” contains improvised performance of classical music of Ravel, Mozart and Prokofiev. It includes ＜Conversation With Myself＞ Part 1 and Part 2, played on two pianos, Steinway and Yamaha. Disc 2, “Songs,” contains original pieces by Ozone only. We can say that Disc 1 represents classical music and Disc 2 represents jazz, but I find it interesting that we can feel the improvised jazz-like flavor on the former and the classical structural beauty on the later. Ozone says, “I continuously create and play music filled with joy overcoming any obstacles.” The album transcending genres is monumental in his career.

#161 “The Piano Quintet” Where Piano And String Quartet Integrate 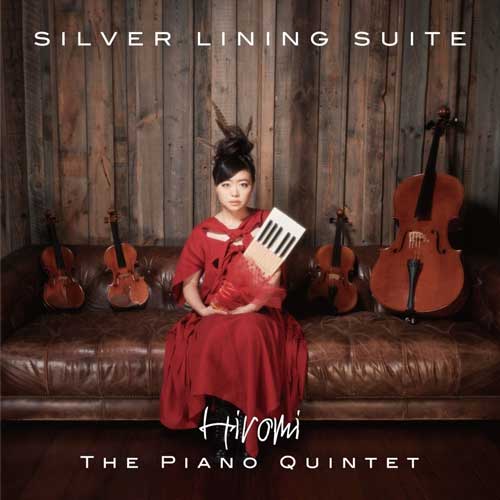 It’s been a hot topic and quite impactful that Hiromi Uehara performed in “BLUE NOTE” for a long time during the period many live music clubs have had to shorten their opening hours because of the COVID-19. It is true for sure that she is talented and popular, but she does not content with the status quo and is always creating something new, which must engender empathy among her fans. She says, “I’ve been thinking what I could do under these circumstances.”

The answer she’s got is to hold gigs and compose pieces as many as possible. “The Piano Quintet” she’s written is for a piano and four string instruments. The pieces mainly performed on the stage of BLUE NOTE were recorded in the studio from the end of last December (2020) to January 4th this year after she finished her 8-day performance. It is truly thrilling that in ＜SILVER LINING SUITE＞—the core part of the album consisting of four parts, “Isolation, the Unknown, Drifters and Fortitude”—together with other numbers, the piano and string instruments resonate with each other as they are performed together with precise arrangements. Five members centered around Uehara are united and unknown sounds are generated. Both SACD and CD are released, although the high-quality sound SACD is attractive, CD comes together with a bonus disc with eight tracks from the solo performance titled “BALLADS” performed at “BLUE NOTE.” 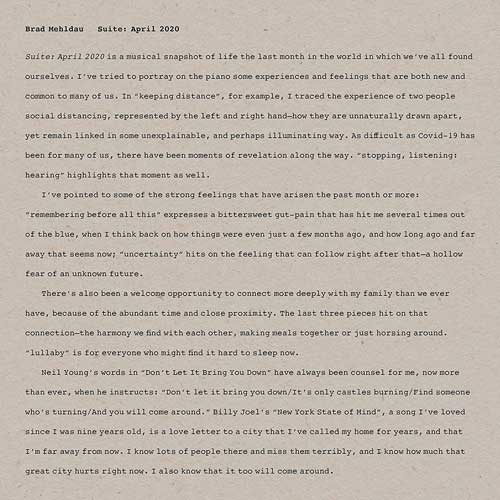 Brad Mehldau is also one of the pianists at the forefront of modern music. As you can tell from his latest work, “Variations On A Melancholy Theme” performed together with Orpheus Chamber Orchestra, recently, he has been particularly active in removing the boundary between jazz and classical music. The twelve original numbers expressing his thoughts and feelings, while sheltering at home during the pandemic, are the main part of this album. Although it was at the beginning of the spread of COVID-19 and his performance describing his imagined scenery in his mind was the expression of his personal feelings to a great extent, it struck a chord with many people as universal music.

＜Keeping Distance＞ describes the fact that people have to distance themselves from each other. ＜Remembering Before All This＞ expressing the pain he feels thinking of usual days we had until quite recently even seem so far away. Every track is so contemplative and makes us feel the shadow of the time. The last three tracks are Neil Young’s ＜Don't Let It Bring You Down＞, Billy Joel’s ＜New York State Of Mind＞ and Jerome Kern’s ＜Look for the Silver Lining＞. Mehldau’s affectionate touch makes the music extremely beautiful. 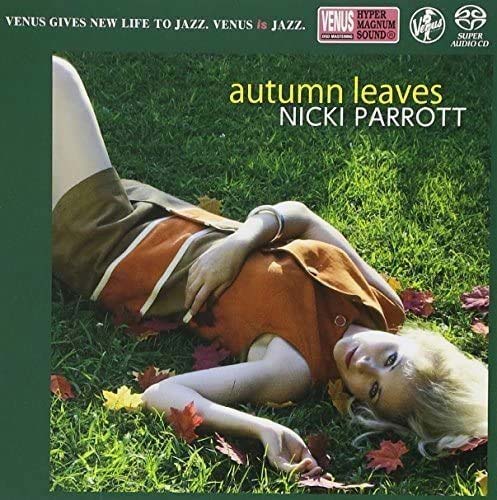 No.45
Three Albums for Autumn 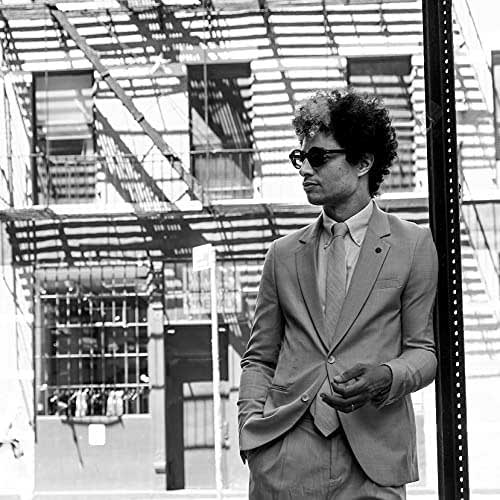