I visited Audio Note after a long time, and had the pleasure of enjoying beautiful sounds for about two hours in their listening room. It reminded me once again that the sounds I can enjoy here is at the highest home-use level. Due to my work, I am used to the sounds from studio monitors, however, the sounds I hear in this room are one level higher than those through studio monitors, which determine whether the recording quality is good or bad. I fully realized that the sounds which didn't make me tired of listening and made me feel like listening to forever were similar but different from the good sounds I listened to in studios. 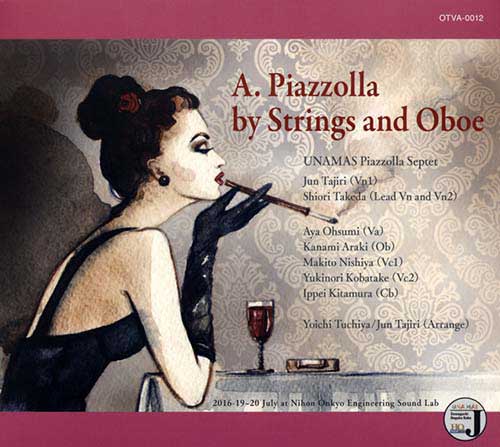 The young performers' ensemble mainly consists of members of Tokyo Symphony Orchestra only plays masterpieces of Astor Piazzolla. It's been already over 25 years since Piazzolla passed away. His works leading tango are now becoming standard classics, and have been frequently adopted and performed by artists of classics and jazz. I feel the passage of time for a moment, however, as I listen to those performances, I am again amazed by the fact that his music doesn't sounds old at all, and is transcending the lapse of time so easily.

Besides the contents of his music, what draws the attention in his album is the mastering format called MQA, which is becoming a popular topic among audio manias, is used. MQA is the abbreviation of “Master Quality Authenticated,” and is the compression technology which makes it possible for us to enjoy the highest-class sound quality as high-resolution sound source with a CD. You don't have to use the dedicated machine, but just connect to any device corresponding to MQA. The first CD album in the world using the MQA mastering is “A Piazzolla by Strings and Oboe.”

First you will be fascinated with the graceful sound of oboes, the performance led by violins continues, and at the very end in <soledad> (loneliness) the attractiveness of beautiful and at the same time wistful melody is described 100%. I have a very favorable impression on the arrangement that shows the elegance, mysteriousness, and powerfulness of Piazzolla's work straightforwardly, and the players enabling us to listen to those genuinely. Even though I feel it is absolutely impossible to transcend Piazzolla, this kind of beautiful and genuine approach could be vastly accepted. The sound makes you feel as if they are performing just in front of you. Since Universal Music is planning to release the past sound sources on MQA format as “high-resolution masterpiece CD series” pretty soon, I am planning to report that as well.

Under the tutelage of Jimmy Smith, the jazz organ virtuoso, the performance of KANKAWA (Toshihiko Kankawa), his most genuine successor, is strongly influenced by soul. “Organist” (XQDN-1701), the work he squarely cuts into jazz, was widely talked about because of the musical contents, and on top of that the fantastic recording, which fully captured the multi-layered resonance of the organ. High-quality CDs, high-resolution data, and analogue disks by direct-to-disk recording were also released, and were chosen as the Best Recording of 2011 in High Fidelity, the Polish Magazine. “Orgast II” was released as a successive work of the sort in 2013. The transparent high-pitch tone is blended with the deep-low-pitched tone by the pedal, and even the emotions of the performer seems to be reproduced vividly. Aiming for the ballade album of organ seems to be unique, but at the same time, we can feel deep soul by only listening to familiar melodies. The solo <Amazing Grace> performed at the very end is magnificent expressing the attractiveness of brilliant organ 100%. I believe it is one of the best masterpieces among T-TOC Label particular about high-quality sounds.

#12 Ultimate Expression of Humanness of Sax 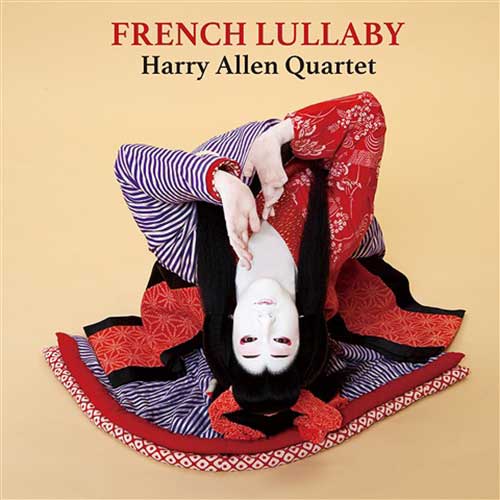 Venus Records celebrated the 25th anniversary last year. They have been producing many albums in the mainstream jazz, and one of the attractive features of each work is the great recording quality. Claiming “Hyper Magnum Sound” the horn is getting in the pesante rhythm. It may not be an overstatement to say that it's “the Blue Note Sound of the 21st century.” This one-horn album by Harry Allen captures such gutsy characteristics of Venus. The breathing of Harry blowing the tenor saxophone and the feeling of scraping sound of air coming out of the horn are picked up vividly. Musical pieces are Michel Legrand's number such as <Les Parapluies de Cherbourg (I Will Wait For You)>, <The Summer of ‘42>, and masterpieces of chanson. It is congenial to swing lightly. Since it has been released in several formats, I made listening comparison in the order of CD→SACD→LP. Even though the regular CD disk is better than standard, after all SACD gives you exquisite feeling of reality. It seems the mastering was newly redone for SACD. The best is the analog LP. I was overwhelmed by the fact that the humanness of the sax with its convincing sound or the fascination of subtone was vividly captured, which could be called extreme. 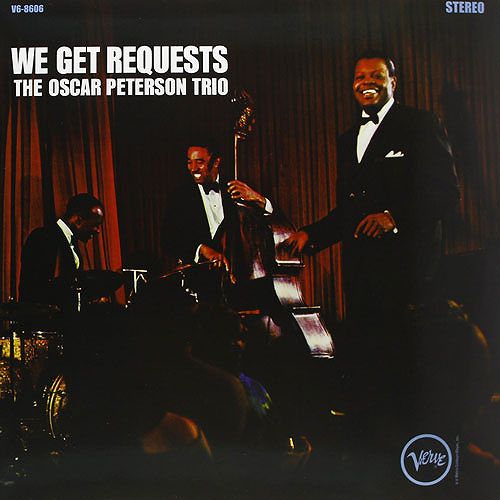 I wanted to listen to the well-known standard software over again. 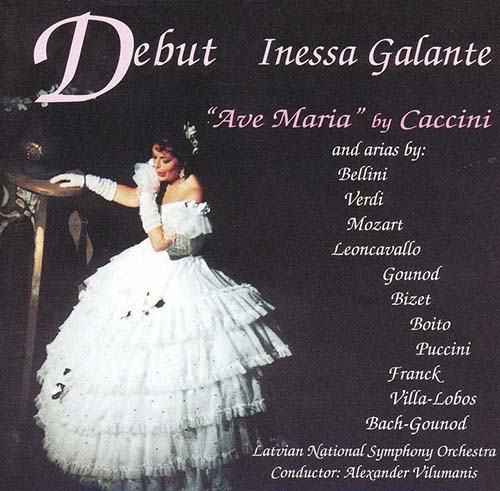