I feel like listening to Michel Legrand’s music in the rainy season maybe because the title sequence of the film, “The Umbrellas of Cherbourg,” is the rainy French harbor town, Cherbourg. Michel Legrand not only left behind many film music masterpieces, but was also greatly active as a composer and a pianist. He passed away at the age of 86 in January last year (2019). I’d like to honor the memory of Michel Legrand who enriched the world once again after more than a year since he has gone. 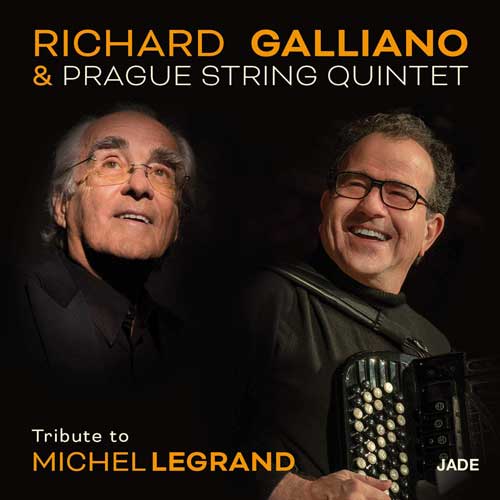 Among several tribute albums of Legrand, this is the most impressive piece which I often listen to. Because Richard Galliano, a leading accordionist also born in France, joined the string quintet, Legrand’s numbers were arranged and were performed calmly and beautifully. Galliano smartly performs various Legrand’s magnificent numbers with graceful elegance, which anyone can familiarize themselves with. The string ensemble performs gently along with Galliano’s accordion, and at the same time, accentuate his performance.

Starting with <The Umbrellas of Cherbourg>, masterpieces such as <The Windmills of Your Mind>, <Once upon a Summertime>, <Watch What Happens>, and <What Are You Doing the Rest Your Life> are included in the album. Legrand’s idea of using melodies from “Summer” in <The Four Seasons> by Vivaldi before and after <The Summer Knows> and playing the second movement’s melody from “Spring” in the same <The Four Seasons> at the end of <You Must Believe in Spring> is fantastic. I think this is the album filled with his strong affection for music in the simple timbre. 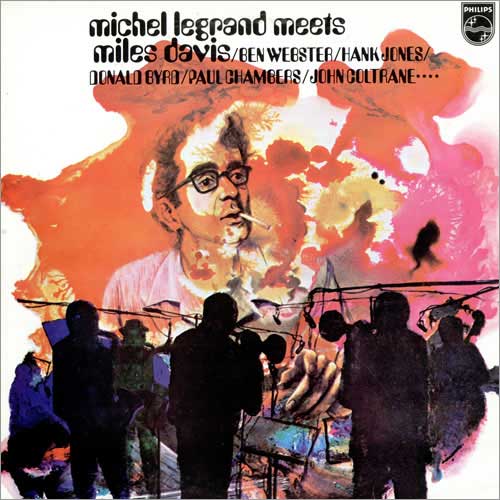 “Legrand･Jazz” is the standard album of 1958, which made Michel Legrand’s talent widely known. He was 26 at that time, and during his honeymoon trip, only the first-class performers were gathered together in New York for recording sessions. Although he was known in France, his ability as an arranger had still been unknown in America. We can enjoy his exceptional skill together with top musicians’ excellent solo performances.

It is divided into multiple sessions and each of them is fabulous respectively, but I feel the four numbers performed together with Miles Davis, John Coltrane, Bill Evans, and Phil Woods are the best. <Jitterbug Waltz> is exquisitely arranged by mixing the triple measure and quick swing. Miles’ mute trumpet touches our hart in <Django> and <Round Midnight>. We can feel the originality and ingenuity of young Legrand to the fullest. 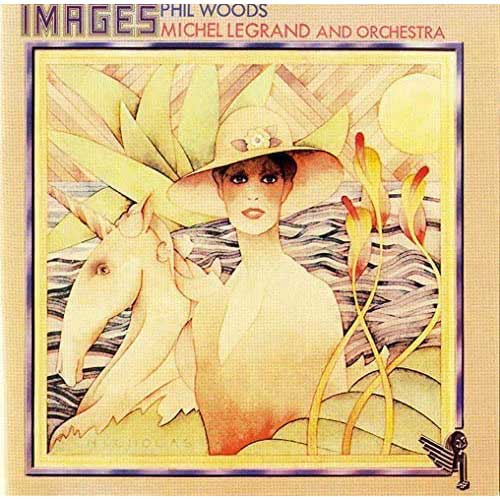 Legrand’s favorite Phil Woods, who is featured in “Legrand･Jazz,” is sonorously playing the alto sax like crazy in front of the orchestra Legrand arranges and conducts. The fascinating Woods’ sax seems to increase the attractiveness of Legrand’s melodies further in numerous performances. In addition to the big hits of the time, <A Song for You> and <We’ve Only Just Begun> by Carpenters, <Clair De Luna> by Debussy are also fantastically arranged.

The title number, <IMAGES>, a great piece composed by Legrand, lasts as long as 15 minutes. Besides the symphonic structure, heated battle between Woods and Legrand continues endlessly with the varied orchestral flow. It is quite rate that we are able to listen to such a fierce and thrilling engagement of the two, even though both have the top-level talents. It is literally the impassioned thrilling performance. The masterpiece won two Grammys, “Best Instrumental Composition” and “Best Large Jazz Ensemble Album,” in 1975. 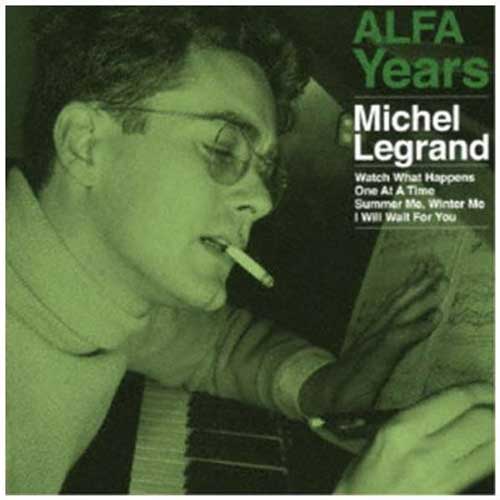 The album thoroughly captures the ability of Michel Legrand as a jazz pianist. He recorded some albums mostly as a piano trio for Alfa Records in Japan in ‘90s, and only the selected masterpieces composed by himself were put together in this album. Although he was over 60s showing his mature flavor, his touch is so dynamic and youthful. While keeping the tradition of jazz piano, showing sophisticated European sense is bit different from an American jazz pianist, and the style, which even makes us feel the tradition of classical music, is exactly what we call Legrand. Like it or not, he is exhibiting his talent as the first-class jazz pianist, who is not at all behind from American top performers.

<The Summer Knows> features enriched lyrics with the addition of harmonica performed by Toots Thielemans. <The windmills of Your Mind> makes us feel the zealous passion from the beautiful theme to the groovy swing. It is exceptional to listen to Legrand’s numerous masterpieces performed by himself as a jazz pianist. It is truly spectacular to listen to <The Umbrellas of Cherbourg> which livens up from the swing to waltz ~ bossa nova ~ tango as it freely changes the rhythm. 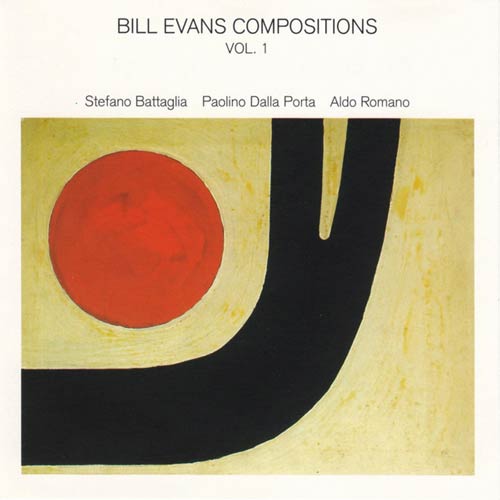 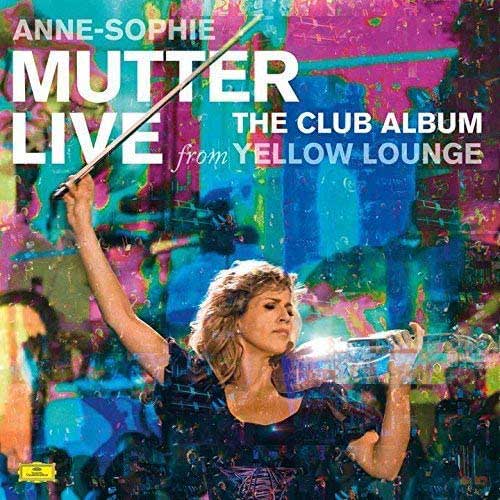